Share on facebook
Share on twitter
Share on linkedin
Share on whatsapp
Share on email
On Sunday 24th November, the Atlantic Rally for Cruisers (ARC) got under from Las Palmas in the Canary Islands, heading some 2700nm across the Atlantic Ocean for Rodney Bay in St Lucia. Sailing Logic team member, Prue, is at the helm of Dream Yacht Charter's UK flagship, Oarsome Dream, taking part in the race. Read the latest news from on board, here... 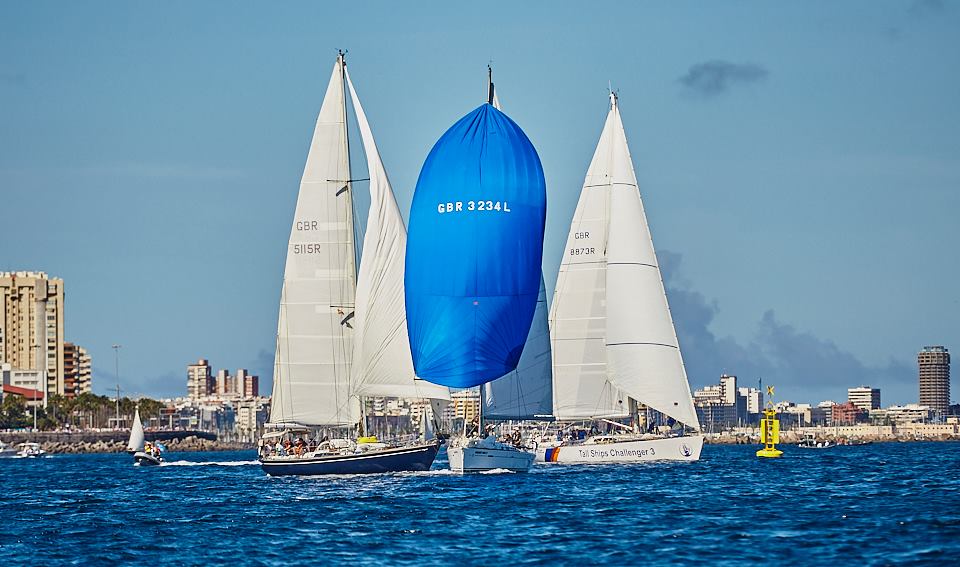 It’s my birthday today – whoop whoop! I was serenaded on deck by a dawn chorus of ‘Happy Birthday to you’ – just as well the guys are all very good at their chosen professions, I’d worry if they had to rely on singing to earn a crust. Everyone made me a lovely card out of a granola box, so no expense spared or extra weight carried on Oarsome Dream.

We’ve seen lots Flying fish jumping out and flying around this morning and we even found a couple on deck, drying out nicely in the toasty sun. Yesterday was spent in the company of ARC yacht Hanse 411’ Siberati’ but we lost them over the horizon in the night.

We took advantage of light wind this morning to pull down the mainsail and stick on more spreader patches. Despite carefully taking photographs so they went in the right place, it still took us three goes of up and down to get it right –  a bit like mid-Atlantic pin the tail on the donkey! Don’t worry if our tracker route looked strange for a bit….

Thinks that’s all to report for now, more a in a day or two!

Much love to all at home Richard, Prue, Paul and Stuart

Here’s what we’ve been up to in the last 48 hours…1) Trying to photograph flying fish! Apparently, they are even harder than dolphins, so we just have lots of photos of blue water where a fish was a few seconds ago. One landed on the deck last night and one managed to hit the Bimini frame, so we’ll need to wash the scales off this morning. At least none of them have hit me yet!

2) We passed through 2000nm to go at 0504hrs yesterday morning. Ever since we’ve been trying to think of something that ended in each year as we tick the miles down – 1999 was the millennium bug worries, 1939 was the start of the second world war, 1805 was Trafalgar so we all saluted the flag and so on. However, we are shortly going to tick into the 1700s and we’ve run out of history! Please send us any useful year info!

3) Nearly got our second Mahi Mahi yesterday but it got away. Trying very hard to beat Martin on Rocket Dog 2 who has caught five already! We’ve changed lures back to the previously victorious red squid and are now discussing a second line

4) Breeze is filling in nicely today and from a good direction (wahooooo!), so enough from us for now, back to chewing up the miles towards St Lucia and the rum punch…

Love to all at home

The good ship Oarsome Dream is still powering towards St Lucia! We did 195 miles and 180 miles in the last two 24-hour runs which is a lot better than we were doing earlier in the wind holes.

Still counting down the miles on the plotter waypoint and trying to work out the years. We’d been looking forward to 1664 because we all finally knew something for that year (Kronenberg larger was invented) but we were too busy chatting and totally missed it! Anyone got anything for the years around 1300-1400 where we are now? We’ve definitely run out of knowledge.

We are just about to hit the 1400 to go on the waypoint which I think is halfway assuming we log 2800 miles which is a bit more than the 2700nm because we went further than the Rhumb Line. But on likely days at sea, yesterday was halfway, but what it we slow down and then we’ve had a halfway party at the wrong time?! Anyway, celebrations include the last bar of Diary Milk from the fridge and clean pillowcases – we know how to live!

We’ve found a new game to take over from working out ‘what happened each year of the mileage remaining’ – set ‘miles to cover’ targets! This is what comes from a having a busy company CEO on the crew with a flight to catch …. Richard isn’t so sure, everyone else is busy driving hard to make sure they make their bit of the target! Although we are now nearly at 1066 miles so we might go back to the year game for a bit just because we know something about that year.

Fishing isn’t going so well at the moment either. We’ve lost four red squid lures and one blue squid and had to perform surgery on the fishing line which was about to snap and then got so tangled around the spool that it took Richard nearly a whole evening dog watch to untangle it. I hate fishing but I promise I had nothing to do with the tangle although I might remember it for when I’ve had enough of fishing in the future…

Busy morning today fixing a mainsail slider elastic and tucking in the second reef which was just in time as the next squall had 30-knots in for a bit.

Everyone now has clean bed linen (first time I’ve managed that on an ARC!) and we’ve still got Dairy Milk left in the fridge. We are having part baked baguette pizza for lunch, yum. Life isn’t all bad!

That’s all for now, Richard, Prue, Paul and Stuart

On Sunday 24th November, the Atlantic Rally for Cruisers (ARC) got under from Las Palmas in the Canary Islands, heading some 2700nm across the Atlantic Ocean for Rodney Bay in St Lucia. Sailing Logic team member, Prue, is at the helm of Dream Yacht Charter’s UK flagship, Oarsome Dream, taking part in the race. Read the latest news from on board, here… 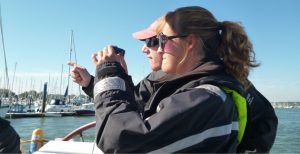 WHY SHOULD I DO AN RYA DAY SKIPPER COURSE?

Imagine this…you’re looking for a holiday or some time away from home a little different from the norm. Your friend has started sailing and has told you how enjoyable it is, having the freedom to explore areas of the world that you normally wouldn’t be able to, the refreshing feeling of skimming across the open water with the wind blowing through your hair. Sounds great eh? But you don’t have much experience on the water and you’re not sure you’d have the confidence to sail a 38ft yacht yourself. 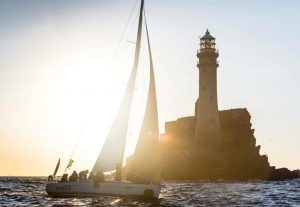 ITS JUST ONE MONTH TO GO UNTIL THE ROLEX FASTNET RACE!!

This year Sailing Logic will have 7 teams racing again on our fleet of Beneteau First 40’s. We are very happy to have lots of new faces amongst some of the Sailing Logic old school who are back for another go at this amazing race. The teams are all getting into their campaigns now with all completed their training weekends and also at least one of the offshore qualifying races. 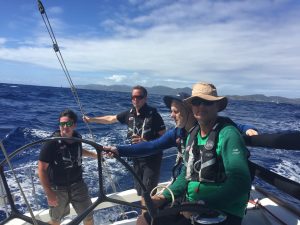 THE RORC CARIBBEAN 600 GETS GOING IN ANTIGUA! 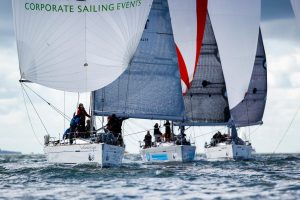 You don’t have to be trimming a sail to make the boat go faster!

Whilst good helming and proper sail trim will obviously improve the boat speed there are a number of things everyone on board can do to help play their part…. So see below for our top tips! 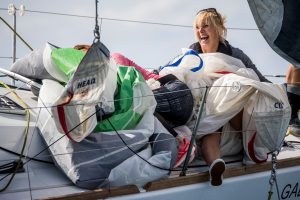 From all of us at Sailing Logic we wish you a very Merry Christmas and a Happy New Year!

Any cookies that may not be particularly necessary for the website to function and is used specifically to collect user personal data via analytics, ads, other embedded contents are termed as non-necessary cookies. It is mandatory to procure user consent prior to running these cookies on your website.